Our friend Rolf Julius, a sound and installation artist, passed away on January 21, 2011, at his home in Berlin. Julius (his friends always used his surname) was a very lovely man with many fans around the world. We all mourn the loss of his talent, dedication, and friendship. 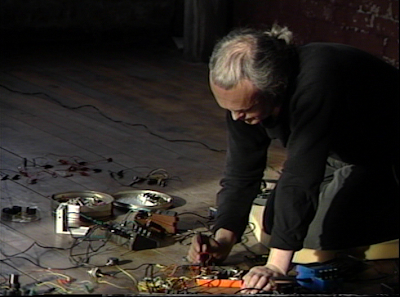 Julius exhibited at the Mattress Factory on more separate occasions than any other artist, first in 1988 and then again in 1991, 1996, 1998, and 2001. The final time was to participate in the exhibition Visual Sound, which he co-curated. Visitors will be familiar with his three works on permanent display in our galleries: Red, Ash, and Music for the Garden. We would like to invite you to watch a small excerpt from Julius' original untitled 1988 performance at the Mattress Factory, recently uncovered and digitized. Perhaps the best way to describe his work is to witness his methods:

Also, video documentation of his 2001 installation can be seen here: 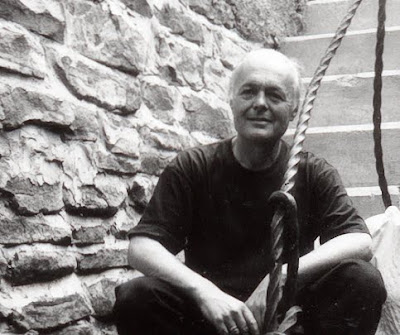 Rolf Julius, in the Garden Installation