ONCE UPON A MATTRESS: PART III

In an earlier post, we talked about James Turrell's residency at the Mattress Factory and how it exemplifies the Mattress Factory's continuing and fundamental commitment to providing artists with the resources of space, time, and support without encumbrances or expectations of any sort.   Not only does this commitment remain today, some 35 years later, it stands as one of the museum's guiding principles and a hallmark of the mission of the museum.   When we look at the James Turrell artworks that developed in this unique environment and how those works advanced the entire spectrum of his works (pun, um, intended), we can't help but feel a little encouraged for our next 35 years! 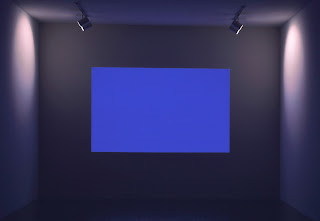 
During his residency, Turrell slept at one of the Mattress Factory neighbor's house, shopped, cooked, and ate with Barbara and Michael, and spent hours drafting, building, revising, and adjusting to his satisfaction two artworks, Danaë and Pleiades.  While Danaë is a framed light piece similar to his earlier "Space Division Constructions"[1] works Acton, 1976 and Cumo, 1976, Pleiades marked a clear departure from his earlier work.  Pleiades was his first foray into a type of artwork referred to as "Dark  Spaces" or "Dark Places." Later "Dark Spaces" include Selene, 1984 at the Capp Street Project, Meso, 1986 at the Hirschorn Museum of Art in Washington, DC, Thought When Seen, 1988 at the Jean Bernier Gallery in Athens, Greece, and even portions worked into the construction of Roden Crater, 1976-.  These works, and others, all relate to the efforts and artistic developments that occurred while working on Pleiades at the Mattress Factory, way back in 1983. 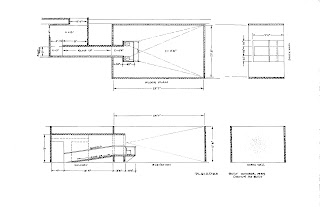 
As anyone who has seen Pleiades, visitors to the artwork are guided by a handrail up a long ramp in a pitch-black hallway leading to a viewing platform where they gaze at a seemingly completely dark space.  Resisting the urge to click on one's phone for light, the viewer waits, maybe twenty, maybe thirty, or even forty minutes while the eyes adjust.  As Craig Adcock, scholar of 20th American art, describes Pleiades, "Gradually, dim areas of luminance seem to become perceptible and to move through the space, but these are often phosphenes generated by the random nerve firing inside our own retinas." Eventually a physiological adjustment called the Purkinje Shift occurs allowing the retina's cones and rods to perceive a blob of color first blue and then red, suspended in the darkness (we all paid attention in 9th Grade Biology, right?).  The viewer becomes aware of the ability to perceive color (cones do this) within the darkness (rods do this).  This process rewards the viewer with not only an artwork, but also the opportunity to observe our eyes in the process of perceiving. [2]  Adcock explains:


... [P]erception at these threshold levels is never really a matter of "seeing" so much as "sensing" the light's presence.  Such viewing is hard to describe.  The light is there and in no way indefinite.  Indeed, in some ways, it is more "definite" than the light of normal experience.  As it appears in the world, light lacks its own place; it is most often seen on something else as illumination.  In the subtle conditions of the Dark Pieces, light has ipseity.  It is itself, just as light, just as the basic stuff of perception, and in that unique place, it is extremely intense, despite the fact that it hardly exists at all."[3]


It is a truly fascinating piece.  Check out these handwritten notes about Danaë and Pleiades found in the Mattress Factory archives. 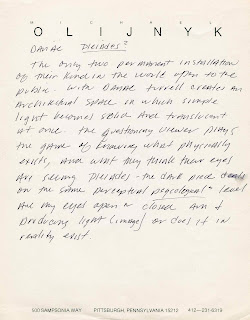 
The exhibition was such a success that the Mattress Factory and Turrell agreed to keep the works on view beyond the initial exhibition period and to come to an agreement on a purchase price.  By a stroke of serendipity, Turrell took an interest in a giant, 10-foot motorized band saw that Barbara had rescued from the trash heap at one of the local hospitals several years prior and offered to exchange Pleiades for it, along with her stash of aged black walnut.  Formally, the acquisition marked the start of one the nation's leading permanent collections of contemporary installation art.   It also prompted a decidedly informal cross-country road trip to transport the giant saw and the stash of walnut from Pittsburgh to Arizona during which Barbara, Michael, and Turrell forged what has come to be a long and lasting friendship.  We'll hear more about that road trip in our next installment.  Stay tuned!

Email ThisBlogThis!Share to TwitterShare to FacebookShare to Pinterest
Categories: ARCHIVE, JAMES TURRELL, MOLLY, ONCE UPON A MATTRESS, TURRELL