RUSS ORLANDO: SALT OF THE EARTH 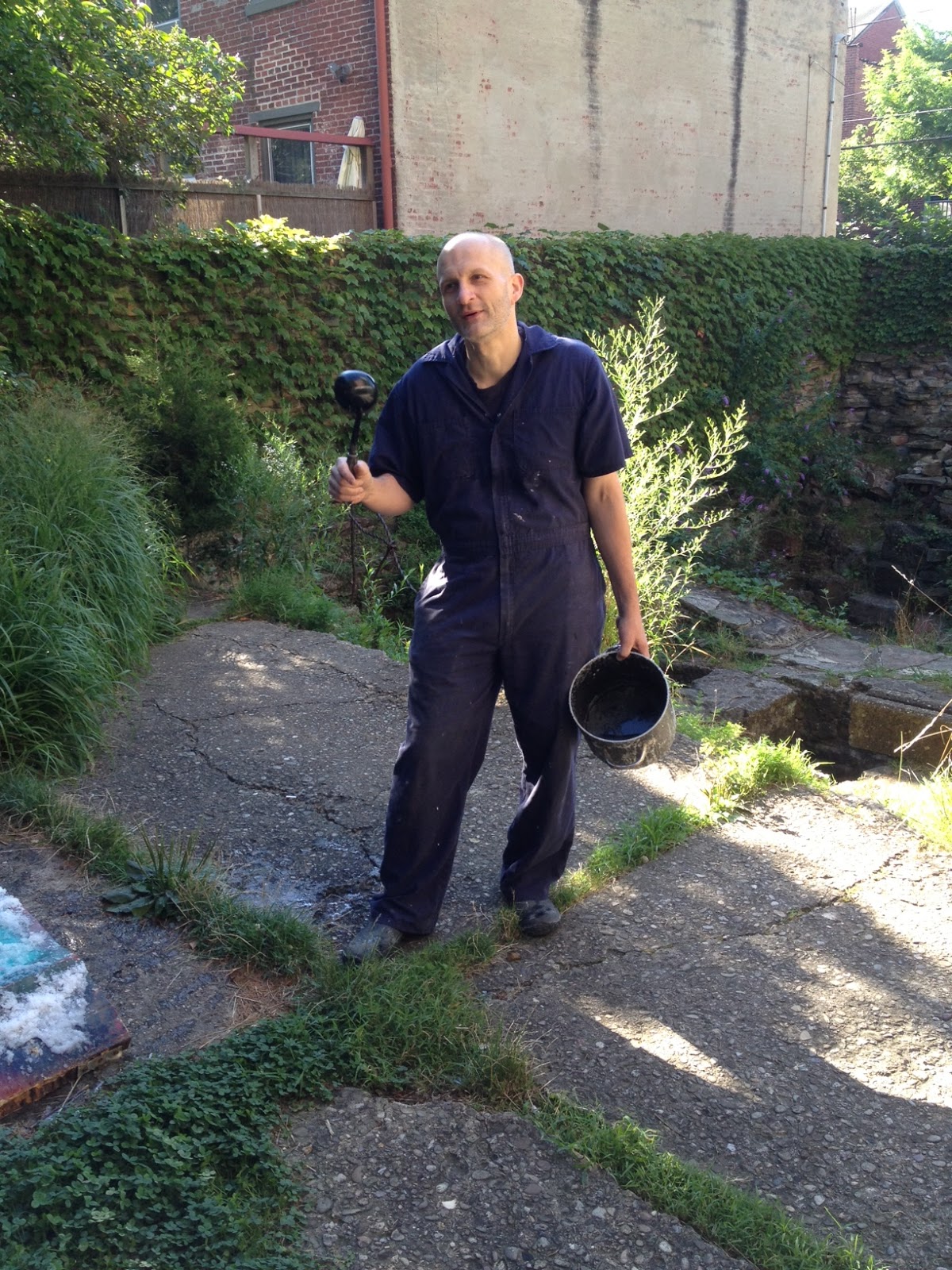 Meet Russ Orlando. Russ arrived this week for his residency at the Mattress Factory to install his work for the exhibition, Detroit: Artists in Residence. Russ holds a Bachelor of Fine Arts from Wayne State University and a Master of Fine Arts from Cranbrook Academy of Art, and has built his career as an artist primarily through performance, often using his own body as an impetus for social commentary. The artist's statement on his website offers:

Whether physically present in my work or creating a sculptural object, the methods I use attempt to capture the immediate in gestures, from a place that I both know and do not know. I experiment with performance, video, photography and collage, often in the same piece.

I like to explore conflict in my work, always leaving several entry points for the viewer. My natural inclination is to do things that are improvisational. To counter this, I’ll sometimes do a piece that’s very controlled and meticulous to refresh and regroup. But occasionally, I combine these two approaches. Most recently, I’ve been focusing on activating the performance in a sculptural object.

When I arrived at work this morning, Russ was standing in our administration office, clad in a mechanic's blue collared jumpsuit, stirring a pot of salt water. I would have raised an eyebrow, but things like that are more common here than not; one of the coolest aspects about working at the Mattress Factory is that we get to witness artists in action as they prepare their installations for public view. Russ invited me and my coffee out to the garden to watch him "salt" some of the pieces for his installation, which will incorporate old car parts crusted in salt.


Between hurling ladles of salty sludge at a rusted and graffiti-ed fender he pulled from a junkyard in Detroit, Russ explained that his process for this project is to not alter the original metal piece in any way, but to apply layers of salt, letting it "cure" in the sun for a few days at a time.


Russ stressed that he likes to leave the way the salt adheres to the metal to chance, and referenced Richard Serra's early work with flinging red-hot lead at the wall and floor in Jasper John's studio. 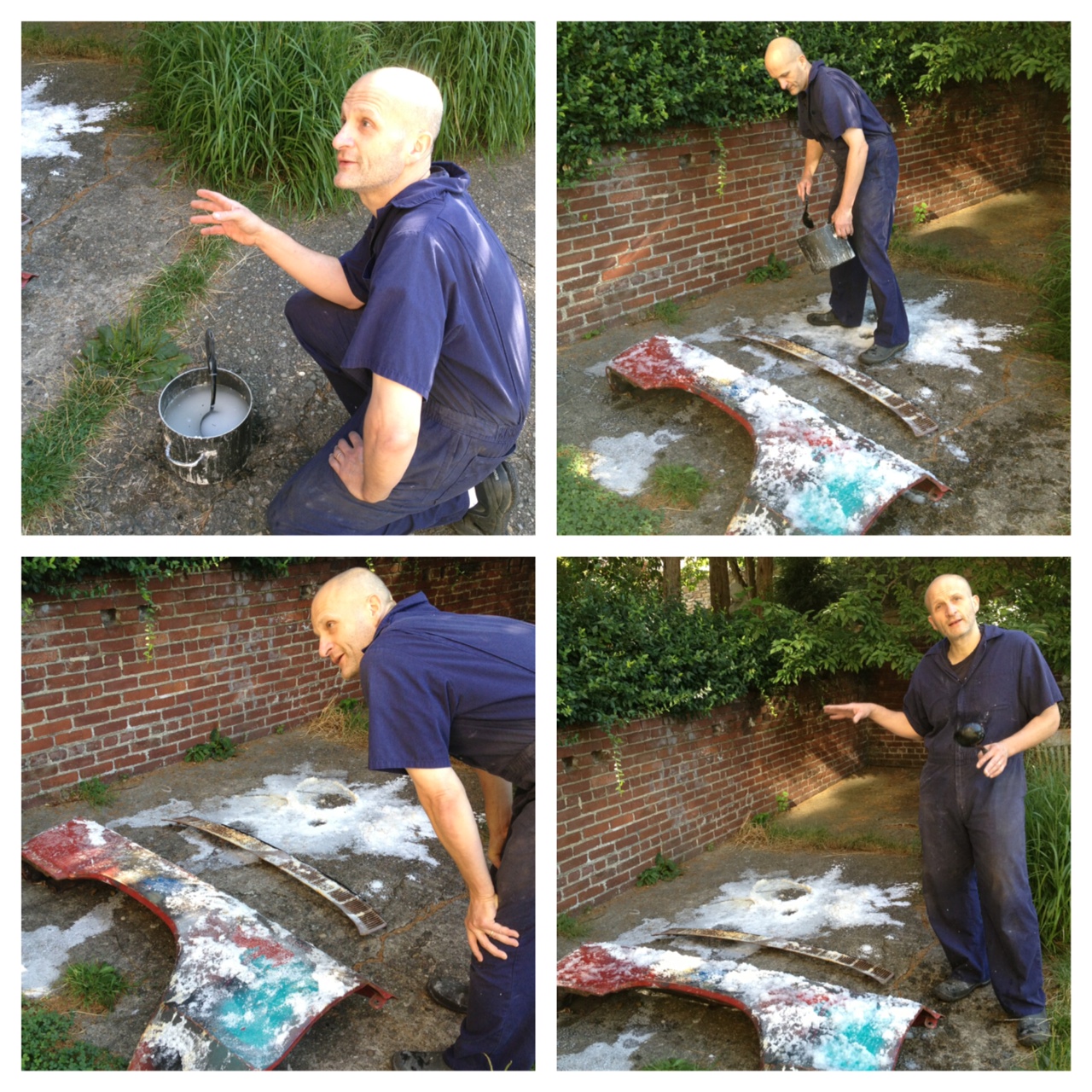 I left Russ as he was dripping the last crystals of salt onto his fender and grill, wondering if the salt would eventually completely obscure that fabulous section of aqua paint on the fender. I suppose we won't know until the piece is finished--that is the exciting thing about installations at the Mattress Factory...you never know. 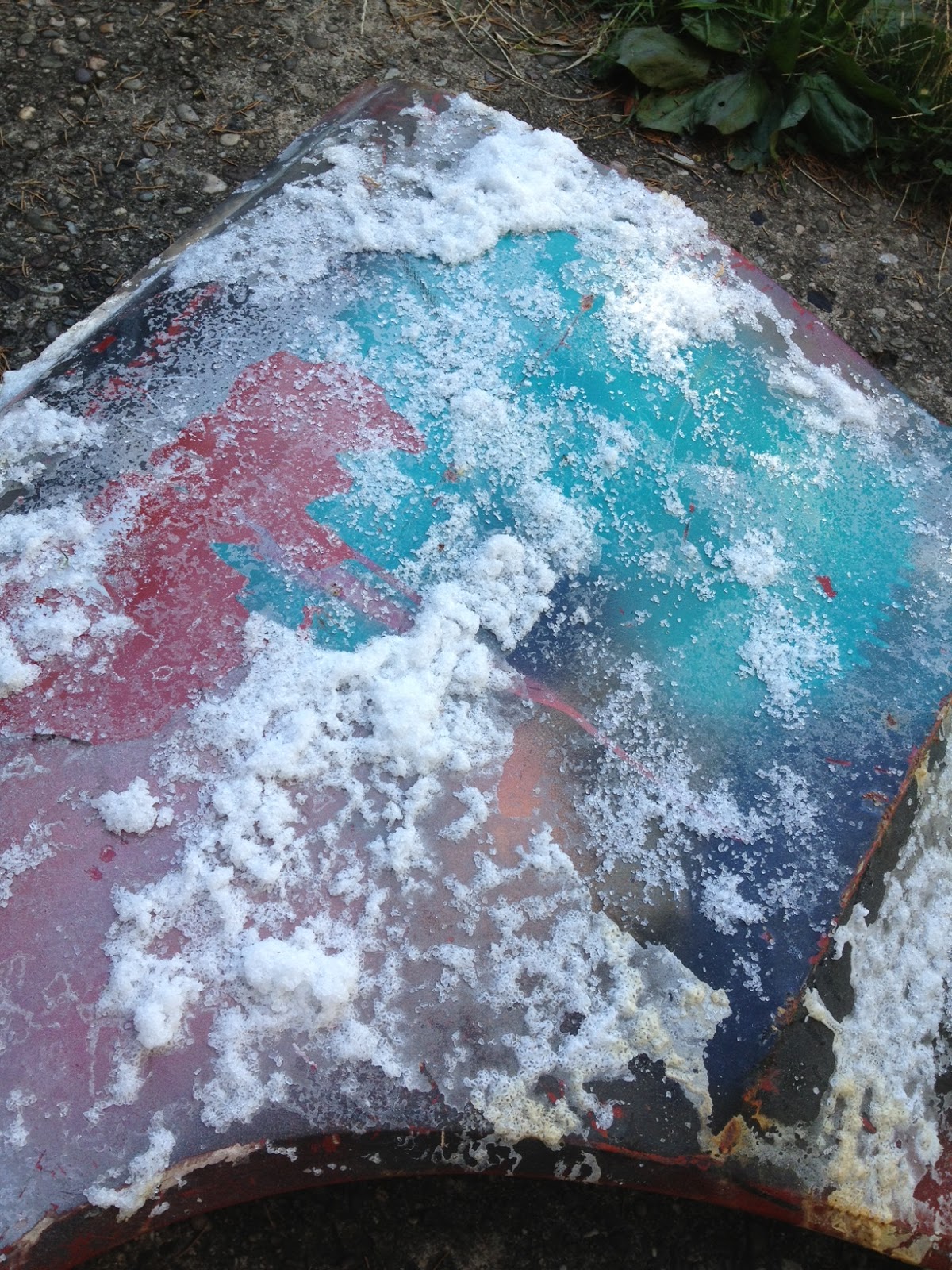 Save the date for the opening reception of new works by Detroit: Artists in Residence, Janine Antoni and Chiharu Shiota, September 12 from 7 - 9 p.m.