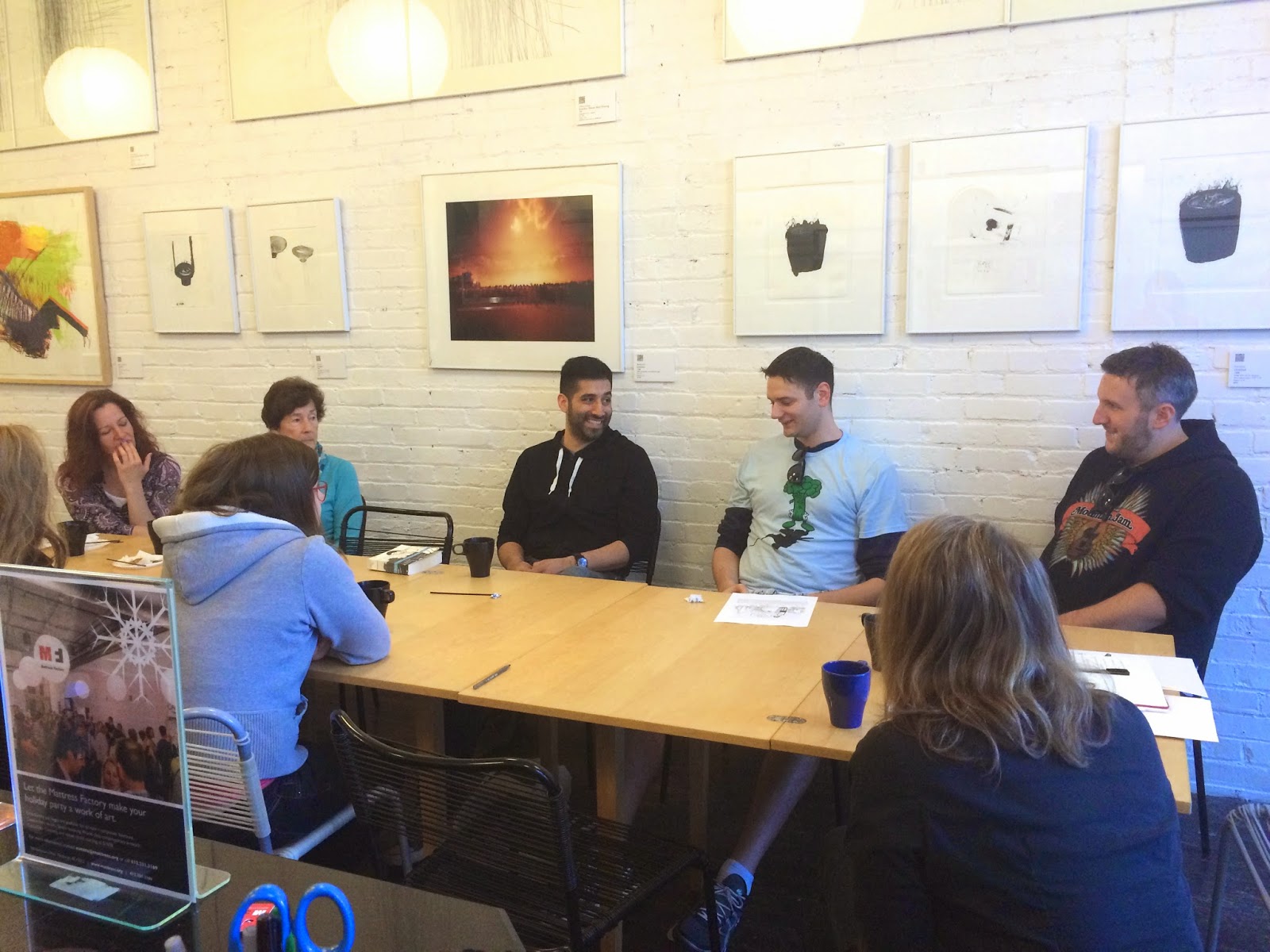 MF Members gathered around the tables in the MF Café this past Saturday to have a conversation with artist John Peña!

The chat naturally revolved around the making of John's "Word Balloons," on view through May 31 at the museum. Over the duration of a cup or two of coffee, John explained how the word balloons evolved from a project he began over a decade ago called "Letters to the Ocean." Since 2003, John has written over 3,000 letters to the Pacific Ocean about his daily happenings. John sometimes included private drawings to accompany these letters. Hiding these drawings in a letter addressed to the Pacific Ocean, John explained, was a way to express himself without exposing himself. "Eventually I realized I was censoring myself," John explained. So he decided to stop hiding his drawings in letters that would never be opened. "Daily Geology" is a compilation of all his drawings from 2014. The phrase "Sometimes I just don't know how to be in the world," written on one of the two word balloons John created for the Mattress Factory, was taken directly from one of John's daily drawings. 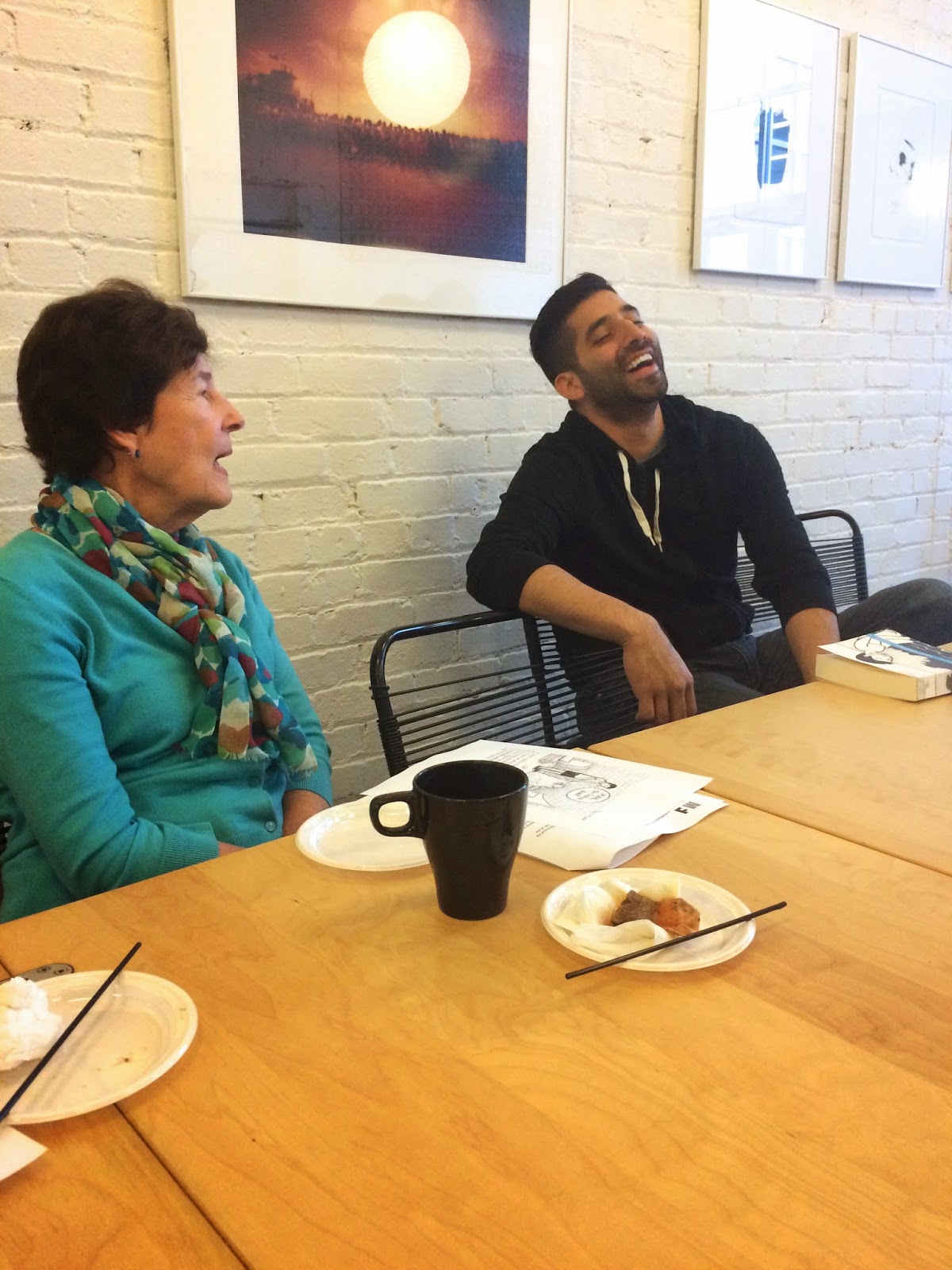 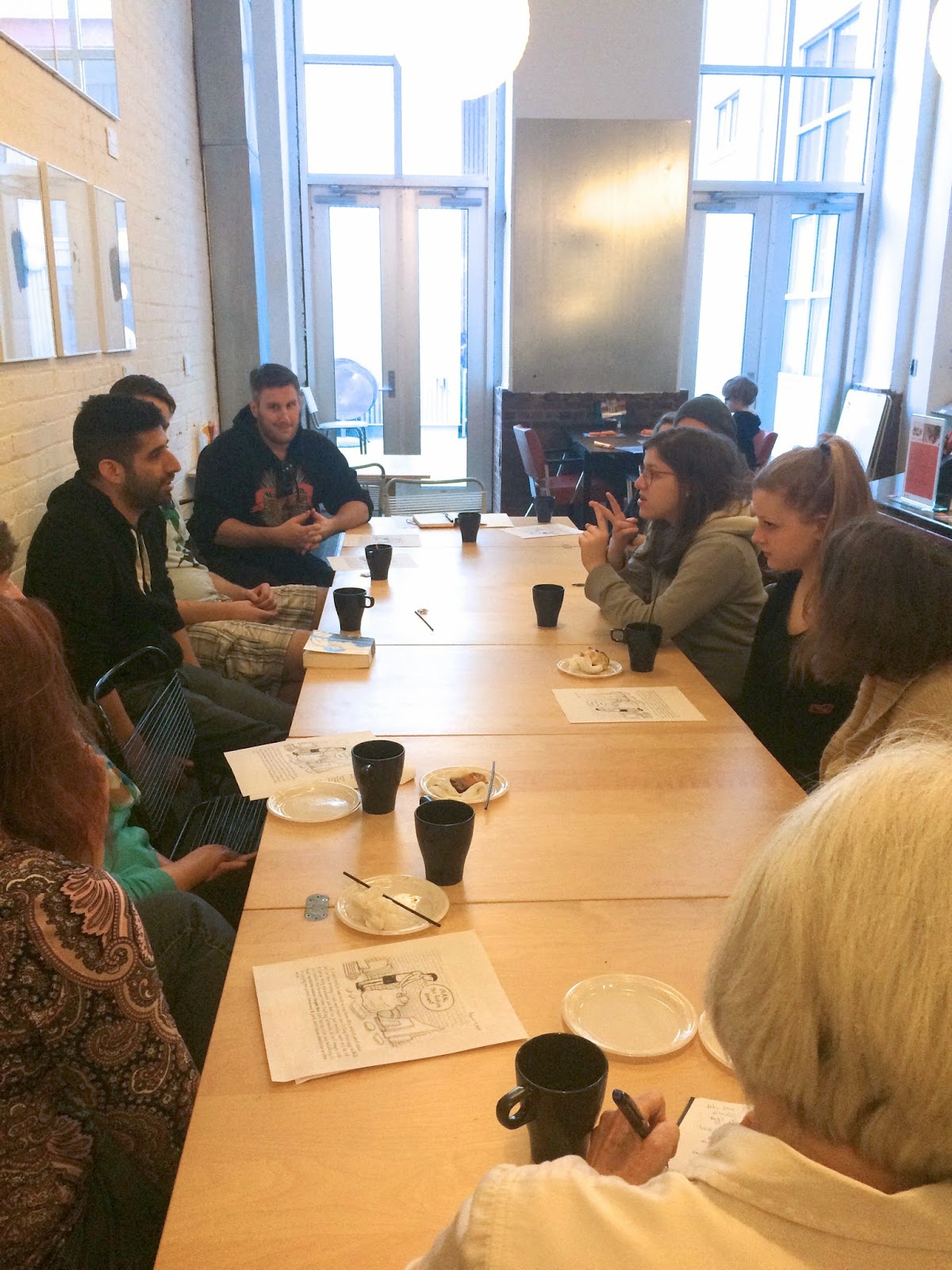 The next Coffee Date will be Saturday, May 2, 2015 with upcoming artist in residence, Julie Schenkelberg. This Coffee Date will take place in our 1414 Monterey Street gallery. Please RSVP to Caitlin Harpster, Development & Membership Coordinator.